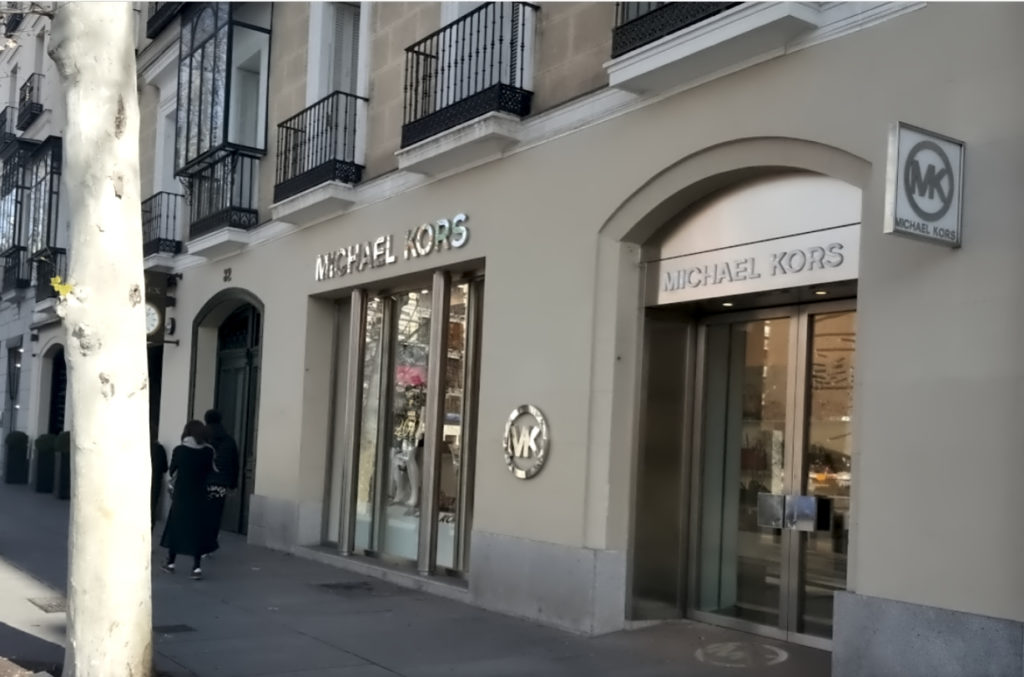 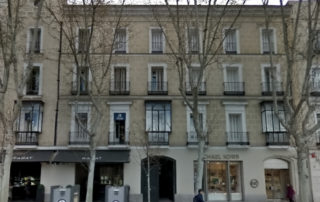 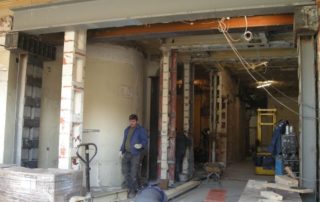 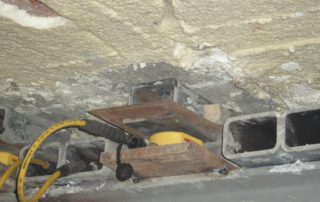 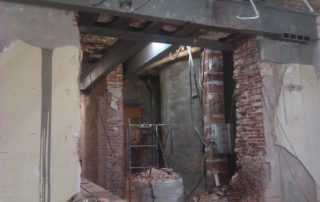 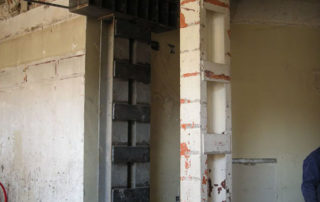 This project is conducted in a building listed as GF + 3 + attic, part of a block ensemble. The building has a structure formed by load walls of thicknesses between 45 and 65cm depending on the floors, and unidirectional ceilings. In previous structural actions these walls had already been underpinned with steel beams and pillars.

The new property needs made it necessary to move the pillars and tear down part of the load walls still existing.

For the underpinning we propose a structure of porticos and metal pillars that functionally replace the current pillars and beams. The complexity of the structure lies in the fact that due to the length of the planned beams and the limitation of the planned buckles in order to reduce deformations or fissures in the upper floors, forces us to use high inertia profiles. In this case we are talking about HEM450 profiles or higher.

This type of profile entails a great difficulty of maneuverability inside a local, beyond the costs and the difficulty of finding these types of profiles in stock. In order to reduce the inertia of the profile and the risk of appearance of new fissures in the upper floors, the possibility of conducting an active load transmission is studied. This system consists of loading the new structure before demolishing the existing one.

The process is as follows: The gantry frames are mounted, and before the original structure is demolished, the load they will have when the attachment is made is applied. This is done by means of hydraulic jacks; this way we obtain the expected deformation before demolition. Afterwards we unload the jacks, retouch the portico on the roof and then we can proceed to disconnect the original structure.

As the structure has already reached the expected deformation, we will not have any further deformations when cutting the pillars and, thus, reduce to “practically zero” the risk of fissures in the upper floors.

Two very important points to consider are: Firstly, the existing structure is unloaded before cutting it and, therefore, the demolition is done without tensioned elements. Secondly, with the introduction of this method profiles are dimensioned only by resistance and by overload deformation. This allows the profiles to be reduced by almost half, which means a cut-back of kg, an increase in the free height and more ease for conducting the work.

The foundation of the new structure is conceived with micropiles. 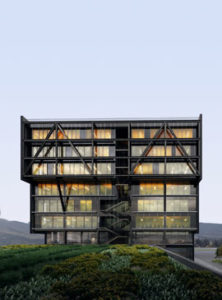