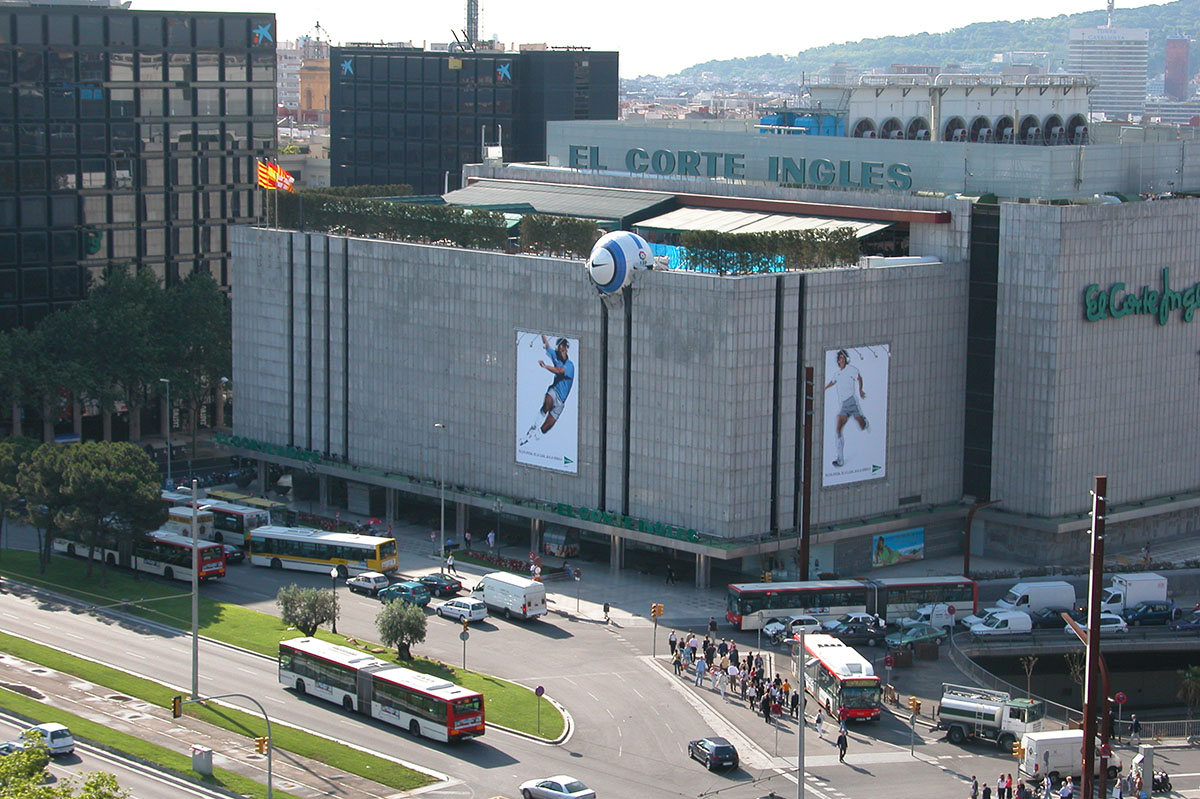 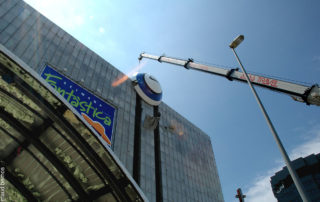 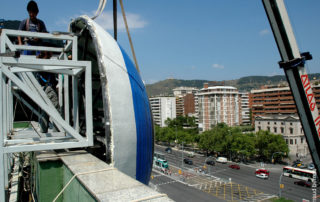 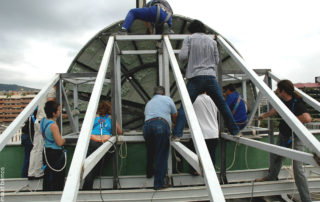 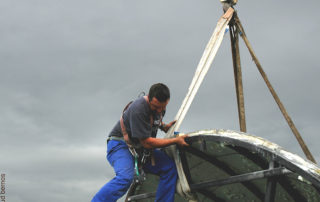 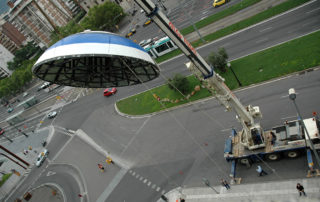 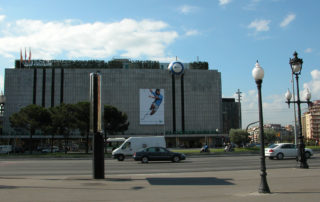 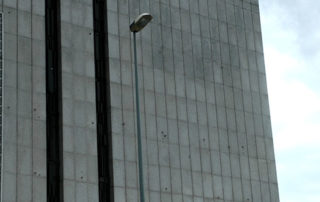 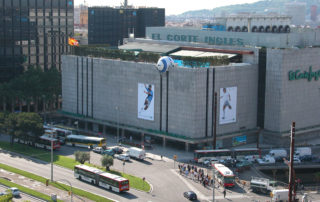 On the occasion of the Portugal 2004 Euro Cup, the Nike company made a one-month worldwide advertising campaign.

The campaign was intended to simulate that the new official ball of the league was embedded in a known building in the city. After assessing several possibilities, both in Barcelona and Madrid, it was decided that the chosen building was El Corte Inglés on Diagonal Avenue in Barcelona.

The project consisted of a 4.80 m diameter ball embedded in the building that stood out 1.60 m from the facade plan. For the structure of the ball, laminated steel tubular profiles were used, nested on the building’s roof, covered with polyurethane foam, fiberglass and polyester resin.

The lining of the ball and the elements of the facade that detached due to the impact, were made with fiberglass and expanded polystyrene, and were the work of the scenography workshop in Sabadell, Artilugi.

The total weight of the installation was 5800kg and as it was a provisional installation, counterweights were placed to avoid damaging the roof. 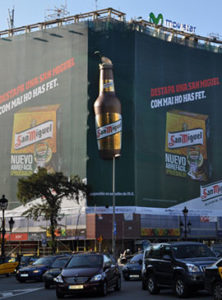